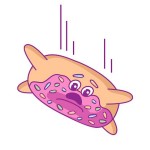 Just a funny LOTR meme that he made as a gif. I just modified it so its a video and added some motion tracking to some of the text. I used After Effects to create the video format

I’ve also uploaded the project files below if you want to modify/play around.

I have to block you for blocking me you

As a masculine individual

This site uses Akismet to reduce spam. Learn how your comment data is processed.